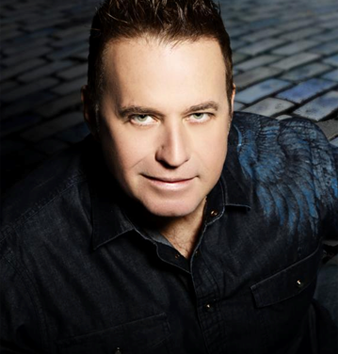 Since 1967, Joe Granda has been part of the Miami Entertainment and Music Industry at the age of eight he was a child actor for WLTV (now Univision) in a variety children’s program, “Cabalgata Infantil”as a magician and ventriloquist, by the age of fifteen he formed the band “Majesty” as lead vocalist and signing to Jaguar records an indie label from Miami headed by Music Mogul’s Carlos Garcia (President Miami Tape) Tony Moreno, ( President/CEO Musical Productions, one of the largest indie Latin label in the world). He considers Mr. Garcia and Mr. Moreno the fathers of his music career, and Mr. Garcia’s sons Carlos Jr. and Jorge Garcia his brothers. This self-titled debut, MAJESTY which marked Joe’s first original compositions, went off to become one of the hottest selling indie records in Miami and the band one of the hottest live bands and shows during the 70’s “Open House” Era.  This recording marked the beginning of the Miami crossover sound, by having songs recorded in both English and Spanish Language.

After heavy touring and live appearances the group disbanded and Joe Granda continued his intense education process, Joe had already won several awards at his Junior High School, in Drama, Audio Visual and the Florida State’s oratorical contest, and after his High school graduation from Miami Lakes Sr. High, he continued his studies at Miami Dade Community College creating his own entertainment bachelors’ degree including studies in Business Education and Law, Music Theory, Drama and Art.

During his college years, Joe began working very closely as a booking agent, when he received request for his now defunct band and with Tony Parodi (one of the most respected event producers) where he learned firsthand the in and out’s of concert production, event planning and promotion and shortly thereafter began to book bands and promote his own club events, during the disco and break dance era, making him one of the most successful Club & Event Promoters in South Florida. Joe packed clubs like “Alegro” in  the Omni, Video Power House in Coral Gables and Illusions in Hialeah and brought the hottest bands and artist of the 70”s and 80”s, including France Joli, Gloria Gaynor, Evelyn “Champagne” King, Evelyn Thomas, Carol Jiani, Dead or Alive, Planet Patrol, Sly & The Family Stone, KC & The Sunshine Band, The next move was to begin working with the top motion Picture agents in Miami, booking talent for Major TV and Motion pictures productions and TV commercials such as “Miami Vice” ( which he also appeared in bit roles) & The Michael Mann directed “Cry of The City” and commercials for JC Penny, Pepsi, Nike, Pony and many more, this lead him back into recording and production when one of his groups were chosen to take a lead role in the Motion picture “Cry of The City” with Sammy Davis Jr., he took the opportunity and produced the title track to the motion picture entitled “Rockin’ It”, which became a top #10 record on R&B Radio in New York City and the East Coast and prompted the group “MC Flex &The FBI Crew” to a national tour.

From there in 1985, Joe prepared three of the members of The FBI Crew and created a group called Nice & Wild, he then wrote and produced their first single “Diamond Girl”, he went back to his old pal Tony Moreno and together they released it under the TH Records label. The song became an instant national hit and was picked up with an album deal for the group by Atlantic Records. Joe, once again became the forefront of a new musical movement original called Latin Hip-Hop, now known as “Freestyle”, as the father of this new Miami sound Joe, toured intensively with the group, and had the opportunity to work with freestyle legends like: Secret Society, TKA, India, John “Jellybean” Benitez, Information Society, Noel, Debbie Deb, Trinere, Noel,  Expose, Sweet Sensation, Cover Girls and many more and created chart history with Billboard Magazine, as songs Like Diamond Girl, prompted Billboard to create a “Crossover” chart. The song became one of the first songs in chart history to play on Pop and R&B radio with a full verse in Spanish, and Latin Radio with English Lyrics. The Nice& Wild album also prompted another hit song written and Produced by him entitled “Oh Baby”. Joe Granda created his own independent label “Angel Eyes Records” dedicated to the underground and new forming sounds in the industry, and has successfully charted various singles in the top10 Billboard Dance Chart, from its large catalog of music, including Club Anthems “Tubale (Extasy) “ by Warning, “Mas Suave” & “Ritmo Cubano, Sabor Africano” by Dogma & The Afro-Cuban Rhythms, Chango (In-legue) by LatinXpress and many more.

In 1994, Oscar Llord, (former Chairman of Sony Discos) proposed a deal to Granda, to create a merge with his Extreme Company, which prompted A&E Records. Within several months the label had prepared and signed several acts and right before the company began to release product, Oscar Llord, then GM of Rodven Records, formed Right Touch Productions, after the sale of Rodven to PolyGram. There, Joe was instrumental in creating the crossover phenomenon, using his street savvy and strong promotional and marketing skills. This company became one of the leaders in sales within an eight month period and was immediately purchased by its distributor Sony Discos who brought Oscar over to run the Sony Discos Label. There Oscar implemented Joe’s “crossover” ideas to break artist such as Ricky Martin, Gloria Estefan, Shakira, Elvis Crespo, Son by Four and many more, into the mainstream Anglo market.

Joe Granda remained as an independent with independent ideas, since he always felt the majors would take away the strong independent mentally and hinder his street mentality. Since then Joe created The Granda Group of Companies, as an umbrella of his multi companies and services and has been instrumental in the behind the scenes of most major Latin and Crossover Artists. He prides his victories on his great team. His accounts include Sony-BMG, Universal Music Latino, Universal Records, Maverick Latin, EMI Latin, MP Records, Colombia Records, Crescent Moon Records, Estefan Enterprises, DreamWorks and many more.  His references are like a who’s who of the music industry and can be provided upon your request.

Community service has also been part of Joe Granda’s agenda as he has volunteered his production services for many charitable events nationwide. Specifically, Joe has worked tirelessly for the Gay, Lesbian, Bisexual, and Transgender Community, bringing Major Latin Artist that support the GLBT community to National Gay Club Tours, which brings positive images in the press and media of the GLBT struggle.  Joe has also co-produced with Club-Papi Productions hugely successful Gay Pride events in Long Beach, Los Angeles, San Francisco, and San Diego. He also works tirelessly with the Gay & Lesbian Alliance Against Defamation (GLAAD) (which is dedicated to promoting and ensuring fair, accurate and inclusive representation of people and events in the media as a means of eliminating homophobia and discrimination based on gender identity and sexual orientation) and assists in the selection of the artists who are to receive the “Valentia” award from GLADD, in their yearly award show in Miami. The artist is awarded for their hard work in presenting positive images of the GLBT community in the press and media. Joe also donates his time in helping the Latin Academy of Recording Arts and Science (LARAS) produce the Latin Grammy after-party; held last year in New York City. This year’s festivities will take place in Las Vegas.

Granda’s future projects are still in the secret vault, but many new, fresh and innovative idea’s will continue to flow from this living legend, so expect many more years of great projects, great events, great music and great Entertainment.

- Proclamation from the City Of Miami Beach

- Certificate of Honor from the City of San Francisco 07

- Certificate of Appreciation City of Miami-Dade 07

- Ambiente Magazine Person Of The Year 2006

- Proclamation from the City of Hialeah, March 27th, 1991 Joe Granda Day in Hialeah

As you can see, Granda has very innovative and independent ideas on how to fully market his artists in both the Latino and Anglo mainstream markets through a variety of marketing mediums. His marketing, promotion savvy, and independent mentality have made him one of the most sought out industry executive by labels, managers, and artists. Forty years later, his motto “Independent in a MAJOR way” has never rung more true.

“I’m happy to be involved with such an incredible visionary, talented, hard working, and dedicated team in every aspect of everything that I do,” explains Granda. “ You can be a great quarterback, but you can’t win without the right team.”

Like Loading...
← All set for the XI WORLD SUMMIT OF THE TELENOVELA AND FICTION SERIES INDUSTRY
ANA OBREGÓN →