XI WORLD SUMMIT OF THE TELENOVELA AND FICTION SERIES INDUSTRY

THE XI WORLD SUMMIT OF THE TELENOVELA AND FICTION SERIES INDUSTRY WILL BE HELD IN NOVEMBER IN SAN JUAN, PUERTO RICO

The eleventh edition of this event will gather once again the main exponents of the telenovela and fiction series industry, whom will have the opportunity to be part of presentations and discussions at the highest level, with the help of the most internationally recognized experts on cutting-edge issues related to the business, its markets and new technologies, all with the stunning bay of La Isla del Encanto (The Island of Enchantment) as a witness.

After ten memorable meetings held in Miami, Barcelona, Madrid, Buenos Aires, Bogota, Peru and Miami, this year marks THE XI WORLD SUMMIT OF THE TELENOVELA AND FICTION SERIES INDUSTRY to be held from November 13th to the 15th at the Convention Center of the Sheraton Hotel in San Juan, Puerto Rico, in front of the beautiful and stunning Puerto Rican bay.

TVMAS Magazine, creator and organizer of the event, is pleased to celebrate a new edition of this summit, after a decade of continued success. The meeting, which purpose is to promote the fiction business (telenovelas, series, miniseries and unitaries) worldwide, has become a benchmark in the industry and set a standard unparalleled in the history of the industry.

Always at the forefront of the industry

In this opportunity, the event will focus on a wide variety of subject areas, which will be analyzed by the most renowned experts, entrepreneurs and professionals globally. It will address issues such as the design of 360 degrees audiovisual products, marketing strategies, online marketing, Crowd-funding and other new forms of financing, collective creation and contents outsourcing, Internet as a catalyst for audiovisual sector, multiple platforms: Webseries, Webnovela, Phonoseries, Phononovelas and transmedia contents in audiovisual production (video games, merchandising etc.).

As is customary in previous years, the summit will open a space for an X-ray to the telenovelas and fiction series. It will allow the analysis of the business opportunities, ranging from topics such as marketing, finance, legal aspects, business planning, casting, marketing, creative and technical aspects of production, to new windows of exploitation, digital contents and Web 2.0, as well digital audiences.
In the Business Arena, the summit also provides a space to socialize and encourage business and networking. Finally, the framework of this event will also stage for the IV Encounter of Ibero-American Writers, which began during the summit held in Colombia in 2009. In that occasion, the reunion had as special guest writer Fernando Gaitan, creator of the popular Betty La Fea. This conference will bring together a large group of active writers in major television channels and production houses.

This meeting forms an ideal setting for the development of new products, as well as updating on new trends of creation, production, scheduling, distribution and business, aiming to better exploiting domestic and international markets.

This summit will be a unique event that represents an important engine for the development of the industry globally, as it not only involves the analysis of opportunities, changes in consumption and living continuously the transformation of this powerful and dynamic industry, but is also a platform for closer ties to generate strategic alliances.

In past Summits, the presence of the U.S., Europe, Latin America, Asia, Africa and several Arabian markets, left a great precedent and opened opportunities for the telenovelas and fiction series in the most daring and major projection markets. This year the host country is The United States , in San Juan, Puerto Rico with a very high potential, in both the Latino and the general market. We await for the participation of 16 countries to incentivize the sector.

*Story purchasing and sale, scripts, formats and cans
*Possibility for development of co-production, bilateral agreements or strategic alliances
*Opportunity to include talents or known faces in remakes and stories. (Hooks to win audiences and press coverage by mixing international artists)
*Franchise offers, Locations, Know How, Soft wares, Video games and Merchandising.
*Share experiences of different Production Schemes, Distribution, Programming and Business Models
*Techniques and associated aspects to equipment, technologies, range of services for product development
*Infrastructure promotion, facilities and locations for the production of these fictions
*Networking
*Workshops
*Promotion of your enterprise, your brand, products and services in the event and during the media campaign
* We are available for purposes of brand presence at the event, as in our media

A closed circuit in which the attendees have the opportunity to negotiate and exchange ideas and projects.  Below, (among others) companies that have supported the summit since 2003 in the United States; 2004, 2005, 2006 y 2007 in Europe (Spain); 2008 Argentina; 2009 in Colombia; 2010 in Peru; 2011 and 2012 in the United States and now is you opportunity to be present. Ask us for our innovative promotional, sponsorship and marketing initiatives. 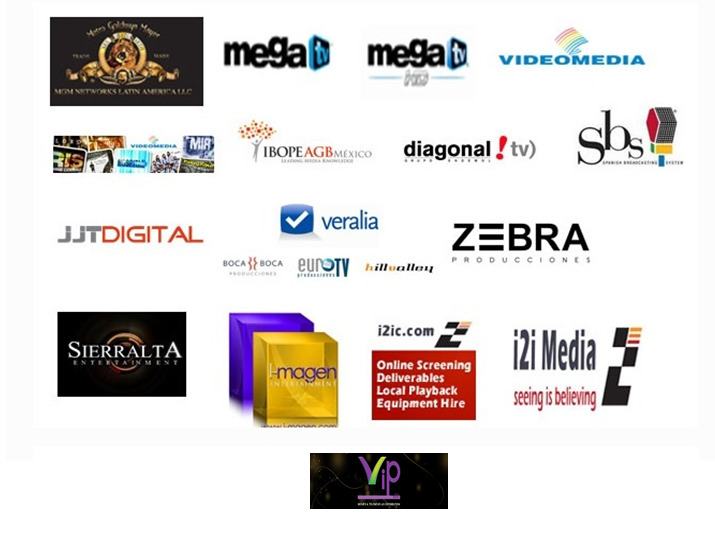 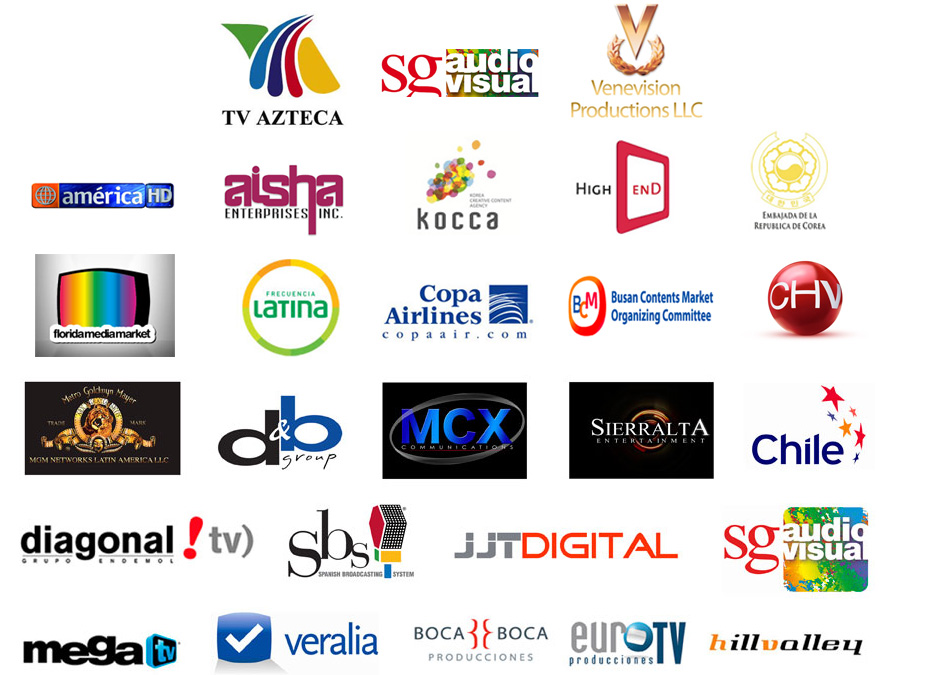