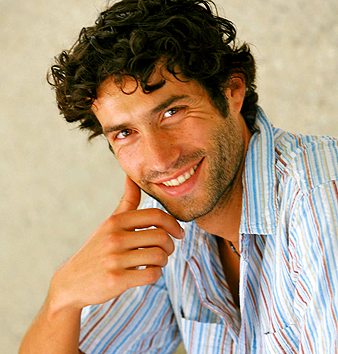 Professional Slovenian actor graduated on Slovenian national Academy for Theatre Radio Film and TV and Master of art at the same academy.

Being employed by the national ministry of Slovenian culture as a freelance actor offers him a wide range of different art activity. His greatest passions are theatre (live performances) and moving pictures (shot performance). Mostly he’s working as an actor in theatre, on TV, film, radio, commercial spots and as a host of different cultural events. Besides his main occupation as an actor, he is also working as a film director, producer and scriptwriter.

Director of short films, cultural events, some of them were held in the biggest Slovenian culture hall with grand Slovenian orchestras. He directed his own theatre monodrama and for this creation he won divided prize for the best monodrama in Slovenian main festival of monodrama.

As a producer he is working in his own video production, creating short films, documentaries, commercial films and TV spots. He provided the services for technical production to enable distribution of some Televisa’s and Telemundo’s telenovelas from its original language to Slovenian.

As an actor has worked in many international art projects. He got very unique opportunity to experience weightlessness in the very first theatre performance in gravity zero – in cooperation with the Russian space agency (Moscow Star city, 1999). He was acting in performance as part of international art festival association SEAS which premiered in Lithuania and toured all over Europe. He is also known for playing main roles in many different international commercial TV spots for big corporations as Toyota, Peugeot, Volkswagen and many others companies and trademarks.

He is experienced with TV and film media; feature films and short films. His works on national television includes roles in TV films, serials, also first Slovenian telenovela and he was hosting a well known 4 hours long live entertainment weekly TV show. He has been invited as a guest in many different TV shows, and in one of them he pointed out his dancing talent with a professional dancer in a very popular prime time TV show; the Slovenian version of Dancing with stars – in this tournament he won the overall prize.

About spending his free time he said: “I’m an artist with sport adventure soul. If jang is my art creativity, sport activity is my jing. The biggest pieces of my jing mosaic are windsurfing & surfing, skiing, mountain biking, hiking, volleyball, running… so non motor sports. I’m also traveling around the world as a wind and wave hunter, with all my senses on, in route I’m meeting different cultures and discovering nature… of course, always with one eye through camera. As I mentioned at the beginning I’m a freelancer, so I’m free bird and the whole World is my cage.”