Two Thousand million viewers shared the joys and tears of the characters in the telenovelas created by Delia Fiallo, the great pioneer of entertainment on television, a genre that through her pen has brought millions of dollars for the television industry on four continents.

A tireless worker, has spent most of her life behind a typewriter, instrument where with great imagination gave birth to about 35 works which are then multiplied in several versions and adaptations that include productions winners as Esmeralda, Marielena, Guadalupe, Cristal, Kassandra, Topaz, La Señorita Elena, a girl named Milagros, Leonela, Morelia in a list that represents the audience to the remembrance of three generations who have shared the joys and anxieties of her heroines against their villains, and ultimately lessons have been learned for application in their own lives.

Some of these messages are glaring. The first, love always triumphs over all odds. Second, the importance of honesty and dreams. The third, that evil is always paid in this life.

Always with a positive message and the importance of values, kindness, loyalty, compassion, friendship, respect for family feelings, you can find a range of human qualities than the pen of this writer protrudes through the lives of her characters.

This “literature of the feelings”, as she calls the genre that has grown by more than four decades, is rooted in a strong literary background, Delia Fiallo is a graduate in Philosophy and Letters at the University of Havana. She had a promising career in the world of books when she discovered what she calls “a fascinating world of magic to tell a story and get her to the heart of the people”.

First, these emotions would arrive on the radio, through the voices and sounds. Later, with the birth of television, these stories would recreate images and the characters went on to become part of life in households where the family gathered together to watch the telenovelas, as still happens today.

Like the characters in her telenovelas the story begins when, the only daughter of a doctor and a nurse is born in Pinar del Rio, Cuba. From there, like the protagonists of her fantasies brought to the screen as a child she used to watch the train go by and dreamt of traveling in search of her destiny. At 14 she moved with her family to Havana, and she was “full of hopes and challenges and also with my timidity and provincial complex”. In her long hours of solitude, was an avid reader. She remembers that after high school had a desire to study veterinary medicine, but to please her mom ended up getting a Ph.D. in Philosophy and Letters.

In 1948 she won the renowned International Prize for Literature Hernández Catá. But because she was attracted by the mass media and begins to develop a radio novel in a space called “Tierra Adentro”. When television emerges she makes the transition to this new and fascinating medium.

She wrote the first continuous series that aired in primetime in Latin America for Palmolive, as an experiment. It was called “Hasta que la muerte nos separe”, consisted of 16 chapters first broadcasted by CMQ in 1957. By then falls for the director of her novelas, Bernardo Pascual, the marriage is celebrating its 54th anniversary, out of which five children and thirteen grand children are born.

Of her production in Cuba, securing step by step the traditional telenovela genre, surge “Soraya”, “El ángel perverso”- better known as “Estrellita” – and a series with a historical touch as “Cuando se quiere un enemigo”, “Bajo el cielo de Argelia”, “Indio” and “México Indómito”, among others. She also writes a popular adventure series that was titled “The Spirit” and soon became an international success.

However, the Cuban goverment accuses her of “counter revolution” with her telenovelas and punish her for a year without being able to write.

After that time she is only allowed to do children’s story adaptations in a program called “Los Muñecones”. On Christmas Eve in 1966 she finally gets out into exile with her family in the so-called “Freedom Flights”, claimed by her eldest daughter who had emigrated to the United States.

After that time she is only allowed to do children’s story adaptations in a program called “Los Muñecones”. On Christmas Eve in 1966 she finally gets out into exile with her family in the so-called “Freedom Flights”, claimed by her eldest daughter who had emigrated to the United States.

Looking for proximity to her homeland and hoping for a return that never happened, she settled in Miami where she began a new phase of her life and opened the doors of the international market starting with Venezuela with “Esmeralda” in 1970, starring Lupita Ferrer and José Bardina. The success of that telenovela was instantaneous with millions of viewers across the continent. Televisa would make a “remake” of this telenovela Twenty seven years later. It was also made in Brazil by SBT in 2004, and one version was “Topacio” made in Venezuela in 1984 by Radio Caracas Television.

Since then she has worked tirelessly in a career in which the main ingredients are love and the responsibility that she puts into making her work and especially in its themes and characters.

“It is true that I have given my career a good part of my life, but I can not complain because this difficult and loved task to tell stories has given me great satisfaction”, she says, noting that her biggest struggle has been to find that in many of her telenovela “remakes” asks for respect of the original texts and the character of her characters.

Success after success her telenovelas have proven to be winners in an industry that depends on the ratings, conquering always the top places. “Cristal” topped the ratings in Spanish television. “Kassandra” has passed into the Guinness Book of Records as the best-selling telenovela of all time having been transmitted in 159 countries and translated into 22 languages.

The recognitions were not long in coming and has won two “Ondas” of Spain, also received a medal of recognition of MIP Festival Cannes, France and for four years was invited to lecture on telenovela forums held in El Escorial, Madrid.

The outstanding writer recalls that when she began her career writing in this genre, there was a suspicion about the role of telenovelas in the mass media. Now occupies the place it deserves and is the subject of study in prestigious universities as a manifestation of popular culture and one of the main engines of the television industry. 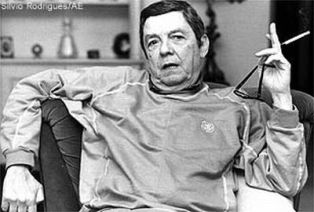 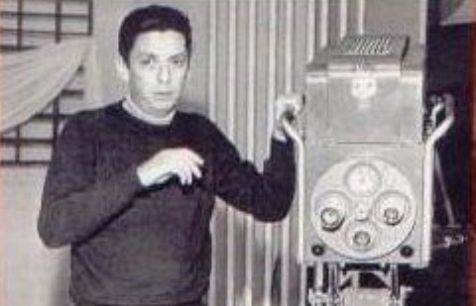 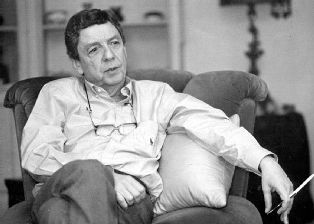