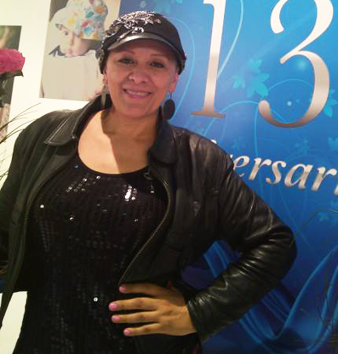 Born in Mexico City , Bethel Flores grew up with a pen in hand , inventing stories and watching TV. Her passion for creation took her first achievements when she was 19, when she started writing professionally for Mexican Radio. Later she started writing for television in “Kolitas”, a kid’s show for TV Azteca. Then she continued in ” La Hora de los Chavos” and special shows for children’s programming, but the love stories were her passion, so she worked on several projects for Telenovela until 1998, when she had her first big break with the telenovela “Perla”. Later, she coadapted several soap operas alongside great writers like: ” Golpe Bajo” , “Lo que es el amor” , “Cuando seas mía ” , “Por ti ” , ” Enamórate ” , “Un Nuevo amor” y “Pasión Morena” .

Thanks to the good results she became part of the “big leagues” of TV Azteca , making her first adaptation as a titular in the telenovela ” Amor en Custodia ” (version for Mexico ) , reaching 23 raiting points. For this work she was invited to participate in the round table on Soap Opera, during the “Tercera Muestra Internacional de Mujeres en el Cine y la Televisión, A.C.”,  sharing the space with great writers like Fernanda Villeli , Marissa Garrido , Perla Farías,  Carmelita Peña and María Zarattini. She also adapted for Mexico, with great success, ” Montecristo” and ” La Loba” . The last one has been sold to more than 100 countries.

Besides being adapter, she has three very successful original stories: “Pequeños Cómplices” (transmitted by Channel 5 of Chihuahua , Mexico ) , “Amarte Así” , known as ” El Frijolito” (adapted and transmitted by Telemundo ) and ” Eternamente Tuya” (broadcast by TV Azteca). The last two have been sold internationally with excellent results.

She also participated in the soap opera “Emperatriz”, which has been in high demand worldwide, and this year she worked on the development of the telenovela ” Niñas Mal  2″ for Sony Latin America .

She is currently writing a soap opera for TV Azteca and runs his own company ” Bethel Flores Content Factory ” , dedicated to creating media content.