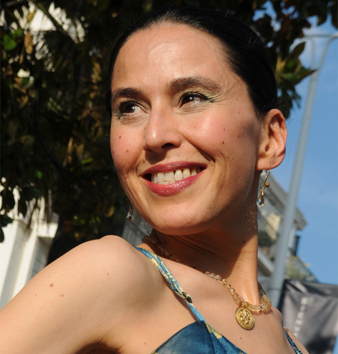 Puerto Rican born writer, director, producer and distributor Ana Clavell started her career at Paradiso Films as an off-line editor. After completing her degrees in Lan- guages from the University of London (QMWC) and Stage Management from GSMD in the UK, Ana relocated to Los Angeles where, as a music video director, earned award nominations from Billboard and the L.A. Circle of Critics. She soon joined in- ternational production and distribution company Taurus Entertainment Company as their VP of Production and Post Production.

Her debut feature script, Morella, was produced and then acquired exclusively by SyFy Networks. She has also written, directed and produced programming for Vi- acom, and has helped develop horror franchises, such as Day of the Dead and Creepshow, working closely with Fox Italy, Gaga in Japan and EMS in Germany. In 2009 she directed an animated short for the Ricky Martin Foundation and Scene 51, Pasaje (Boarding Pass), which received various accolades during its festival run, in- cluding making the Hufﬁngton Post’s short list for the Oscars.

Ana has also created and developed various feature-length scripts and reality series for the US market and the Pan-Asian market, collaborating with Yareli Arizmendi, Sergio Arau, Willy Chan and Michelle Yeoh, among others.

Ana is sought in the domestic and international markets as a Project and Script Doc- tor. As such she has been in charge of children’s live action/CGI TV programming in China, has rewritten multiple projects for A-list talent, and has successfully imple- mented creative economy protocols and intellectual property re-purposing for US, French and Asian clients.

She is currently producing and directing Entrecruzados (Paranormal Crossings), a Spanish-languageinvestigative-reality feature, and will serve as Supervising Director on a new contest-format program for Asia. She also serves as COO at Blairwood En- tertainment Company.