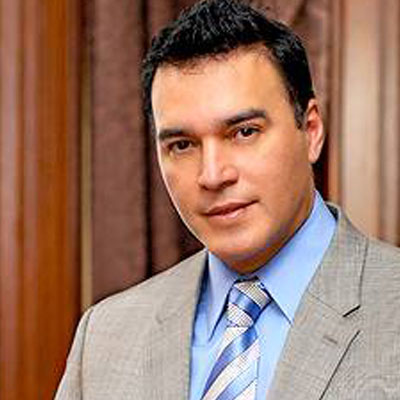 Alberto Santini Lara is CEO of Azteca 13 and novelas. He has a Masters in Business Administration from Stanford University, worked for eight years for Univision and is a graduate of a special program for the training of outstanding executives. He held several senior positions in the company, including Director of Programming, where he oversaw the development of various highly successful contents, including “Selena Vive”, the most-watched program in the history of Spanish language television in the United States.

Alberto was also Senior Vice President of Programming in charge of  Marketing Production of Azteca America, which immediately upon his arrival saw the rating levels in prime time in the fourth quarter of 2008 and the first quarter of 2009 grow 35% and 44% respectively.

As part of his responsibilities for Azteca 13, Alberto is in charge of Azteca Novelas, with a production of more than 1,300 hours of telenovelas and unitaries per year, as well as overseeing all productions as La Academia, El Extremo, Venga el Domingo, entertainment, news and sports in Azteca 13. Some of his most famous hits have been La Loba, Cielo Rojo, Emperatriz and La Mujer de Judas. Moreover, since his arrival in Mexico, has closed contracts with renowned international talents as Edith Gonzalez, Gabriela Spanic and Mauricio Islas.

TV Azteca is one of the two largest producers of Spanish language television content in the world, and one of two open broadcast television companies in Mexico, operating two national television networks, Azteca 13 and Azteca 7 through more than 300 local stations owned and operated in Mexico, as well as Proyecto 40 in UHF. Affiliates include Azteca America Network, a television network focused on the U.S. Hispanic market, and Azteca Guatemala and Azteca Web, an Internet company for Spanish-speakers.