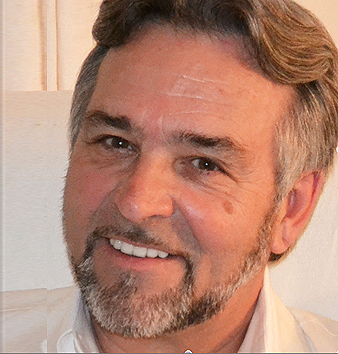 An early proponent of TV formats, Los-Angeles-based Michel Rodrigue has played a key role in driving the industry to worldwide prominence. With over 35 years of experience, knowledge and connections, Michel Rodrigue, CEO & Partner of The Format People offers comprehensive consultancy on all aspects of the television business. From building international networks by assembling hand-picked teams of renowned experts in their field working together to identify finished programs and formats to suit local scheduling requirements.

In 2011, MIchel sowed the seeds of the The Format People, attracting a team with  extensive background in various aspects of the television industry and with their combined expertise, created a comprehensive 3-year plan to revolutionize the Mongol TV network.  The Format People’s mandate is to develop the station and create not just a channel worthy of note within the region, but one that would, in time, command the respect of players across the international television market. Mongol TV broadcasts in HD and is the leading independent network in Mongolia since February 2013.

Michel consults a number of Asian clients on the sale and protection of their formats on the international market. He carefully helps them select the right distributor for their product and creates an international marketing plan which includes introducing them to the many international television markets such as MIPCOM, MIPTV, NATPE, BCWW, ATF, DISCOP.

The founder of Distraction Formats, the first-ever independent company specializing in format distribution, Distraction represented and distributed formats from producers worldwide, and sold formats to over 60 countries. Instigator of the first ever TV Format Market at the Monte Carlo Television Festival in 1999, Michel was dubbed by the press ‘The Father of Formats’ for his in-depth knowledge of the format business.

Widely viewed as the driving force behind the establishment of the recognized format industry, Michel continues to play a key role in its development. Since the early 90’s he has moderated panels and has been a keynote speaker at conferences all over the world on all aspects of the TV business with particular focus on formats.

His early career included the role of Vice-President of Programming and Production at Télé-Capitale Inc. (now TVA) in Quebec Canada and later founded his own independent production house and, as producer and President of ‘Les Productions de la Capitale Inc.’, produced TV formats in France and Quebec. Michel was honored as a Chevalier de l’Ordre des Arts et des Lettres by the Minister of Cultural Affairs, Mr. Jacques Toubon, from the government of France.

Michel was educated at St. George Williams University. He began his television career in the early 70’s as a writer, cameraman and director. An active member of the international television community, he is the vice-chairman and one of the founding members of FRAPA (the Format Recognition and Protection Association) as well as the EMC (Entertainment Master Class). He is also a member of the International Academy of Television Arts & Sciences (IEmmys).

Like Loading...
← FELIPE TELLO
Some of the conference speakers talk about the XI Summit of the Telenovela and Fiction Series Industry →