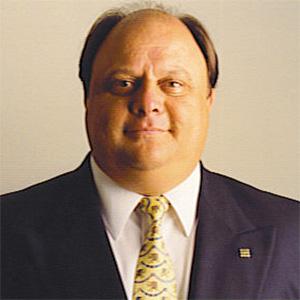 Mr. Pedro Tinoco is the President of Venevision Studios LLC, Venevision International Productions, LLC and Venevision Productions LLC., all three companies located in Miami, Florida and dedicated to the production of television programs for the Hispanic population of the United States and the rest of the world.

In 1990, he was named Vice President of the Mining division of Cisneros Group of Companies (CGC), responsible for the Joint Venture between CGC and Gold Fields Limited, formerly Gold Fields of South Africa and managed the mining development projects.

Since the year 2000 and until 2009, Mr. Tinoco acted as Executive President of the Fundación Cisneros, responsible for its operations. The Cisneros Foundation is involved with programs on Education, Health, Culture and Corporate Social Responsibility activities in Latin America.

In the year 2004, Mr. Tinoco was given the responsibility of establishing a production company in Miami, and he formed Venevision Productions LLC., and in 2005 Venevision Studios LLC. Since then the above mentioned companies produce between 1200/1500 hours of Spanish language programs for Univision and clients around the world, including the highly rated telenovela “Eva Luna”, the most successful telenovela produced in the United States with an audience of more than 9.7 million viewers in its final episode, and ranked amongst the first ten programs of the US during its transmission.

In December 2011 Mr. Tinoco was included in the list of the 100 most influential Hispanic in the United States.