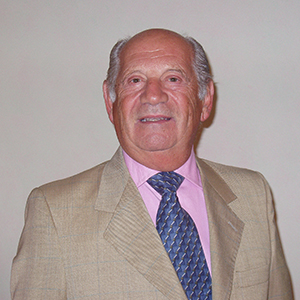 I have done 41 telenovelas, specialty I developed, in its broadest spectrum related to Effectiveness, Quality and Budgeting in accordance to the Producing country. Recognized by the most prestigious Production Companies in Venezuela, Brazil, Colombia, Mexico, Puerto Rico, USA, Spain and Argentina.

I served on the largest Hispanic Television Network in the U.S., Telemundo Network NBC-Universal, in the position of Vice President of Production for six years, retiring from it in late 2007.

Consultant of Planning and Production for Channel ATV (Peru) the novella “UN AMOR INDOMABLE” and “DOÑA BELLA” in RCN (Colombia) production for TELEFUTURA.

Advisory on Telenovela Contents for Global Media World, Cable channel for the transmission of telenovelas in Latin America, Canal PASSIONES broadcasting through DIRECTV for Latin America and Canal DISH in the U.S.

Cinematography: In Argentina, I began my Film training, managing to consolidate my career excelling as Executive Producer alongside great Argentine and Foreign Directors, in co-productions with Italy, Spain, Mexico and Venezuela.

I summarize my film career with 82 feature films.

Academic: As an Academic I teach courses on Film and Television Production in Universities and Academies; Awarded by the Government of Venezuela the Work Merit Order (1997) and Jury Participation in various TV and Film Festivals plus awards won by my professional work.