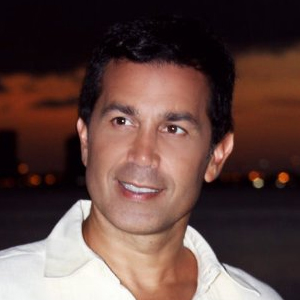 For over 20 years, the producer and businessman Miguel Sierralta has been working with great success in the fields of television, music and entertainment, where he managed and produced famous artists and has created, acquired, developed, produced and distributed original contents, such as television programs, documentaries, series, scripts and formats. His greatest talent is being able to come up with creative ideas, original concepts and lead most of them to a final and successful realization.

He has managed the careers of some of the most record selling artists like Spanish singer Bertin Osborne, Latin pop superstar Paulina Rubio, Dominican singer Angela Carrasco, Venezuelan teenage band Los Chamos, Italian singer and songwriter Ricardo Cocciante and worldwide celebrities as Chabeli Iglesias. As a record producer and video clips, participated and produced albums for Angela Carrasco, Seline, Richard Cocciante, Bertin Osborne, Paulina Rubio, Jose Luis Rodriguez, Garrido Siudy, Hidalgo, Los Chamos, Pedro Fernandez and Maria Conchita Alonso, among others. In the 90s, Miguel Sierralta began his successful career as a concert promoter and magazine editor in his native Venezuela, where he produced shows and national tours for singers and bands such as Franco De Vita, Chayanne, Roberto Carlos, Placido Domingo, The Bee Gees, Ricky Martin and former Menudos, among many others.

He also launched the monthly entertainment magazine Show Business, which eventually became one of his most popular and successful brands. In search of new opportunities and a vision to expand his brand Show Business, decided to move to Miami, where a few months later began television production. Show Business was developed in the late 90s one of the most viewed television magazines in Hispanic TV in the world. In countries like Mexico, Venezuela, Argentina, Chile, Colombia, Costa Rica, Dominican Republic and Spain, among others, the popularity and success of the program was undeniable. During this period, as a result of this experience, Miguel Sierralta expanded his production company with the creation and production of new brands, programs and formats. From his catalogue were distributed programs worldwide such as Salsa Review, TV Time, Movieline, and Video Hits.

The new millennium brought many changes and new opportunities. Sierralta began co -production with major networks and production houses in Spain. With Spanish Television (TVE), he created the Latin American version of one of its best shows Musica Si, along with Antena-3, developed the entertainment news magazine Showmania TV, based on the web site also created by Sierralta.

With Zeppelin, one of the most important producers of Spain, co -produced two of the most successful programs at the time: Mujer 10 and Innocente Innocente-America. In 2005, a series of 1-hour Specials dedicated to the biggest stars of Latin music was launched with extraordinary success. The life of Marc Anthony, David Bisbal, Celia Cruz, Ricky Martin, Alejandro Sanz, Julio Iglesias, Enrique Iglesias, Shakira, Paulina Rubio, Jennifer Lopez and many others were profiled in this biographical series. That same year, Miguel Sierralta began working on the idea that surrounds the legend of Porfirio Rubirosa, Dominican diplomat and international celebrity jet set and who is also known as one of the first world’s playboys.

In 2007 produced the documentary El Primer Playboy (The First Playboy), published a novel with the same name written by Spanish author Jaime Royo Villanova, and Porfirio Rubirosa, The First Playboy, a biography written by Sierralta, in collaboration with Ruben Ferrer Rubio. He is currently working on the film The Last Playboy, based on the life of Rubirosa, and in partnership with the company of Antonio Banderas Green Moon. In 2006 he created the first Latin music store online Elatinmusic.com, who developed the hardware and software needed to make it easy for the user to buy and download Latin music of all genres from a single website. Two years after launching the site, was acquired by the Batanga.com, the group that became his own Batanga Music Online store.

During this period, as the CEO of Elatinmusic.com, was executive producer of the television music series magazine Elatinmusic TV and Elatinmusic TV Venezuela that aired in Venezuela and the U.S. for four continuous seasons. He also created, developed and co-produced with Warner Music Latina the digital content series Bombones, an original concept that merged mobile downloads, website page, music promotion and digital calendars. Bombones can be seen currently in the platform MobiTV and YouTube channel of WML.

A new documentary film was released by Sierralta Entertainment in 2008, co-produced by Miguel Sierralta and Jorge Granier: Pablo: Angel o Demonio (Pablo: Angel or Demon), based on the life of known Colombian drug lord Pablo Escobar. This documentary was the official selection of the Cannes International Film Festival, Monte Carlo, Bogota, Cancun, Ibiza and Cartagena. Furthermore, Pablo: Angel o Demonio holds the record as the most watched documentary in theaters in Colombia. In 2009 Sierralta acquired the rights to develop two new projects: the original TV series in partnership with the Colombian network RCN Television and another Documentary Film.

The first is based on the controversial book that scandalized Colombia Las Prepagos (Prepaid girls) about the history of Madame Rochy. The script will be written by famous writer Jorge Hiller. The second project is the Documentary Film Peligroso Glamour (Dangerous Glamour) based on the life of world famous fashion photographer Baruch Vega, and how he infiltrated the drug cartels in Colombia as an undercover DEA agent. Both projects are scheduled to be launched in 2012.

Based on the successful experience with Bombones format, the same year he began working on his own project aptly called Latin Angels. The 360 degree concept includes a TV program, Mobile download, website, calendars, Merchandising, live entertainment and a reality show. Latin Angels is the hallmark of the most beautiful models and sexy Latina, famous film and television actresses and the planet’s biggest celebrities.

Latin Angels TV DirecTV will debut worldwide in fall 2011. As executive producer, Miguel Sierralta joined the group in 2010 to develop international Plural reality show based on this new brand. The result is Angeles @ Miami, currently in production stages and will debut on E! Latin America in early October 2011. In this reality show, Miguel will not only be behind the camera, but will also be on-camera talent as an employer that will change the lives of five sexy and controversial beauties. Earlier this year, re-launches Miguel Sierralta Show Business TV, a new updated version, young, modern, it’s most successful format.

The show was broadcast in Canal Sur for its first two seasons. An improved version began its third season in 2011 in Mega network TV (USA and Puerto Rico) which is currently on the air every week with great results in the U.S. Hispanic market. A customized version for markets in Spain and Venezuela and a major distribution agreement will be announced shortly for more territories and markets through canned programs or custom formats.

Have offices in Spain and Miami. The artist management branch of his business has managed to secure agreements with actresses, singers, TV presenters and writers in most Latin American countries and the world. Through Sierralta Entertainment Group and other companies, Miguel Sierralta has built an entertainment empire with hard work and a clear vision. The adaptation to the constant changes in technology and trends, the company has achieved this involved in the production of music, television production, artists, and film among others.

He is well regarded by his peers in the entertainment industry and is one of the most influential Hispanics, bold and creative in the business.