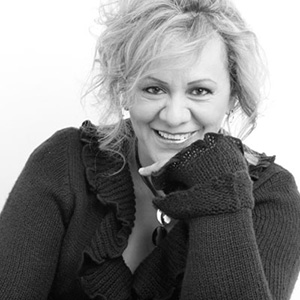 Born in Mexico City in 1962, began her writing career at age 19, for Radio Mexicana. Later on she dabbled as a writer of Children’s Television in the Infantil Kolitas program. From that moment, she continued to write for TV Azteca in La Hora de los Chavos and special programs for children’s programming, but the melodrama was her passion, so she worked on several Telenovela projects until, in 1998, was hired by TV Azteca to write her first adaptation of the Argentine telenovela Perla Negra, that led by name Perla. Later co-adapted several telenovelas alongside great writers, among which are: Golpe Bajo, Lo que es el Amor, Cuando seas Mia, Por Ti, Enamorate, Un Nuevo Amor and Pasion Morena.

Thanks to the success of her pen both in Telenovelas and Programs as Unitarians, began to form part of the big leagues of TV Azteca, making her first adaptation as headliner in the telenovela Amor en Custodia (Mexico version), reaching 24 points rating. For this work, Bethel Flores was recognized with an invitation to participate in the round table on Telenovelas, during the Third International Exhibition of Women in Film and Television, A.C., having the honor of sharing space with great writers such as Fernanda Villeli Marissa Garrido, Perla Farias and Maria Carmelita Zarattini Peña. Also adapted for Mexico, with great success, the telenovelas Montecristo and La Loba. The latter has been sold to over 100 countries, and had loyalty of 70, the highest that has occurred in the history of TV Azteca.

In addition to being adapter, she has 3 hits in their original stories, as they are: Pequeños Cómplices (transmitted by Channel 5 of Chihuahua, Mexico), Amarte Así, known as El Frijolito (adapted and broadcast by Telemundo) and Eternamente Tuya (broadcast by TV Azteca). The last two have been sold internationally with excellent results.

In 2011, had a great hit with the telenovela Emperatriz, project which  was invited to support with her experience, managing to raise the rating of the same by 90 percent, closing with the highest rating of that schedule in recent years.

All of these novels have been broadcast in more than 120 countries.
Currently heads the company Bethel Flores Content Factory, devoted to research, design and development of contents for TV, and serves as Lecturer in the area of Screenwriting, Human Development and Motivational; and Personal Efficiency.