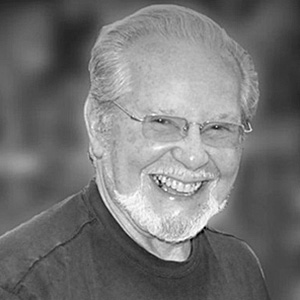 His career of over forty years in the film and television industries internationally in both English and Spanish has been awarded 46 awards for the excellence of his work including the Grand Prize of the International Film and Television Festival of New York, an EMMY after three nominations, one CLIO and one ANDY. As vice president of S.I.N. (Spanish International Network) was the creator of the first national Spanish news, National News precursor of Univision.

Here are some of his greatest achievements:

• Second Hispanic member of the Director’s Guild of America (DGA) with Universal International in California. (The first was José Ferrer). He won the First Prize at the Montreal World Film Festival for the film We Witness as One.

• Creator and Executive Producer of Cinematic Arts Cooperative Puerto Rico. He won first prize at the Venice Film Festival for the film The Bridge.

• Close collaboration with Francis Ford Coppola on the footage in Santo Domingo, Puerto Rico (like Cuba) and Lake Tahoe in the movie The Godfather II.

• He directed the children’s musical program Carrascolendas with which he won the PrixJeneusse Japan.

• As Vice President of S.I.N. his main assignment was to unite all the links that transformed S.I.N. in the first Hispanic TV network, now UNIVISION.

• Precursor of the first telenovela co-production with Venezuela, Argentina and Peru.

• Director of the miniseries that to this day has been the most successful in the history of Puerto Rican television: LAS DIVORCIADAS with Chayanne and Mara Croatto.

• Directors of the three pilot programs of SESAME STREET in Televisa, Mexico.

• Production Consultant and General Manager of the International Division of the Ecuadorian Television Network.