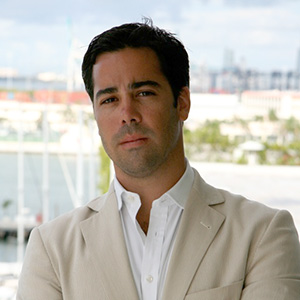 Jorge Granier is an entertainment executive specializing in business development, strategy, and general management. Over his career he has sourced, negotiated, and closed multimillion-dollar deals with many of the most well-recognized entertainment companies in the world to grow the brand equity and global reach of his television sales and distribution initiatives dramatically.

In his first year alone, he increased sales by 40% while trimming costs by more than 25% by sourcing and negotiating impressive deals with Netflix, Hulu, NBC Telemundo, Turner, Televisa and Disney. Earlier, as RCTV’s Director of New Business & International Development, Jorge grew program sales by 35% and created a stronger global brand footprint by transitioning the company from strictly a content creator to a diversified production company with critical new relationships and strategic alliances with Viacom, MTV Networks, Comcast, DISH, DirecTV, ABC, NBC, Sony, CBS, CAA, and UTA.

Jorge is also an accomplished filmmaker, a member of the Producers Guild of America, a fellow of the Motion Picture Institute, and a member of the International Academy of Television Arts & Sciences. His film el Sr. Presidente, won best screenplay at the Strasbourg film festival and best digital film in the San Francisco film festival and his feature documentary Pablo Escobar, Angel or Demon was the #1 grossing documentary of all time in Colombia.

Jorge is an avid sports enthusiast who regularly participates in kite surfing, surfing, water skiing, snowboarding, skiing, and triathlons. He is also a Certified PADI Dive Master and a US Parachute Association D License holder and he also enjoys cars and motorcycles.