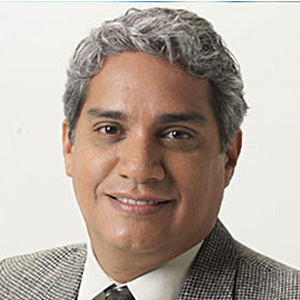 Venezuelan Director, Producer and Creative, has resided in the United States since early 2002. A graduate from the Escuela de Comunicacion Social de la Universidad Central de Venezuela; post-graduate work at London’s International Film and Television School, England; and a Masters in Political Science from Universidad Simon Bolivar, in Caracas.

Teacher for 5 years in the Department of Film at the School of Arts of UCV. Currently holds the position of Senior Production Manager of Disney-ABC International Television, in charge of designing and supervising all original production projects of the company for Latin America and the U.S. Hispanic market.

For six years he was part of the production team of HBO Latin America, where he reached the position of Vice President of Original Production, leading that company the launching of highly successful franchises such as Cronicas Anonimas and the Latin American humor series Septimo Sentido, which still airs in U.S. thru the HBO Latino signal. He has been director of telenovelas and other drama programs for channels like Telemundo in the United States and Radio Caracas Television in Venezuela.

Contributor to publications such as Hispanica Magazine of Florida and Exceso de Caracas; became Director of Summit magazine and contributor to Imagen magazine and the Venezuelan daily El Nacional, Tal Cual, El Diario de Caracas, as well as the defunct Feriado magazine.