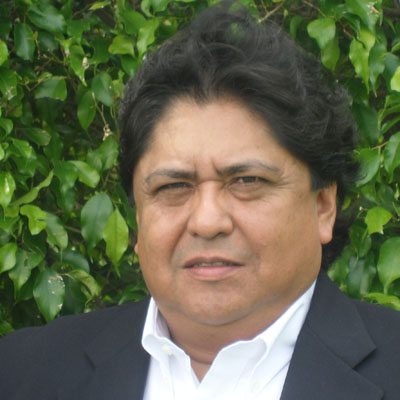 Mexican, studied Bachelor of Economics at the National Autonomous University of Mexico, with a specialty in Econometrics, but his taste for Television led to work in this industry.

Joins Azteca Television in January 1995 where he was hired as Director of Programming. It should be noted that previously worked for six years at Elektra retail store chain that is a leader in Mexico in selling TV’s, audio equipment, refrigerators, washing machines, stoves and furniture, where he served as Director of Logistics, Purchasing Director, Marketing Director and before entering TV Azteca was Director of Advertising.

In 1996 he was promoted to Vice President of Programming where he was responsible of the Programming of channel 7 and 13. These channels with superior coverage 98% of the Mexican Republic.

In 1997 he was promoted to CEO of Contents, where he was responsible for the Directorate of Channel 7 and 13.

Besides being President of Azteca Music, where he was the executive producer of countless singers and managed to sell over 3 million records with the artists of LA ACADEMIA.

In 2003 he was appointed Director of Azteca Novelas, which is the production company of TV Azteca telenovelas where it stayed for a period of six years, being the executive producer of 20 telenovelas. Furthermore, for his creative qualities, he authored the Original Idea of the telenovelas: La Heredera, Se Busca a un Hombre, La Vida es una Cancion, and Cambio de Vida. In 2006 he was named as one of the 300 leaders of Mexico.

In 2009 he was appointed Director of Reality Shows.

Currently is focused on studying English in Miami at Florida International University.