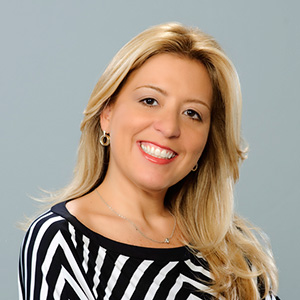 Roxana began her career in Venezuela, when she opened her first company Intra Royal, and brought the Gerardo Rivera Talk Show to the Latin American Market, subsequently is residence in Miami working on her own and partnering with Beverly Hills Entertainment until 2007 when she founded VIP 2000 TV.

Thanks to Roxana Rotundo’s experience and knowledge of the television market, VIP 2000 TV, Inc., is known as an important and strong independent distribution business that has been growing every year.

The main focus of the company is to acquire movies of all genres and highly successful telenovelas, such as the classic Brazilian Pantanal, Dona Beija and Xica da Silva has been a resounding success in the Hispanic market. Today has been noted for its inventory gradually increases the number of hours of HD material. The company currently has over 300 titles in movies and series and 2,000 hours of telenovelas, offering its outstanding customers a quality and competitive product.